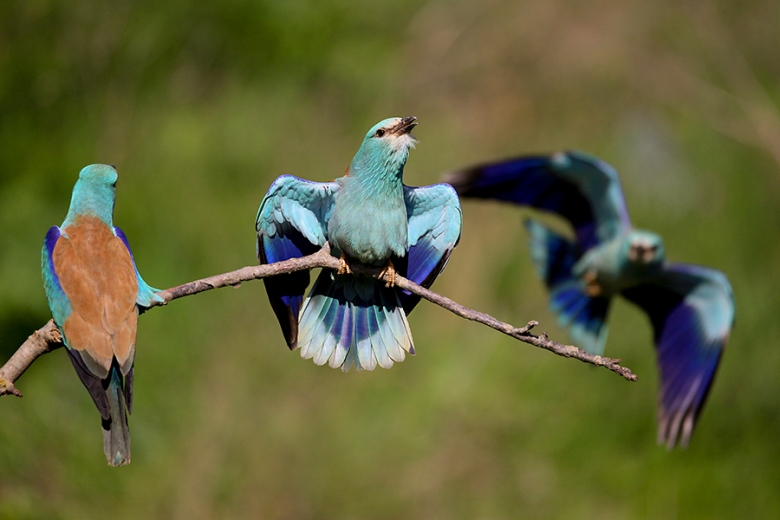 Bulgaria is one of the few countries in Europe that have such a great variety of habitats and unique nature. This is of key significance to seeing many rare and interesting species of birds .

The spring birding tour rediscovers one of the richest places in interesting and rare species in Europe and Bulgaria. 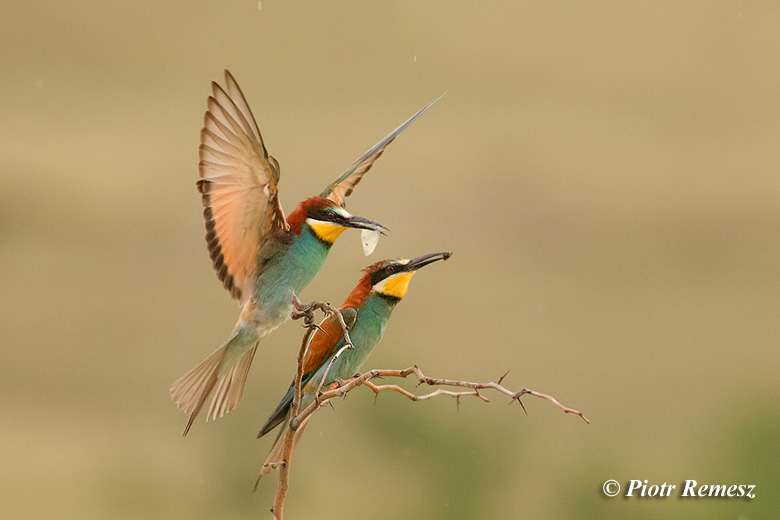 We’ll begin our birding tour from the Western Rhodopes. We’ll visit a gorge near Trigrad. Unique sheer cliffs with a magnetic charge, where we’ll see the rare Wallcreeper, Mountain Wagtail and Peregrine Falcon flying over the rocky gorge and the river.

Continuing eastwards, we’ll reach the Eastern Rhodopes. There, the landscape is completely different – gentle hills, flat peaks and tranquil rivers. In the height of spring, you’ll enjoy the sight of colourful meadows and green hills with protruding boulders here and there. We’ll be in the “crater” of vultures near Madzharovo, one of the last safe havens for Egyptian and Griffon Vultures on the Balkan Peninsula. The habitat is amazing, and in a very small area, we’ll see many Black Storks nesting on the cliffs. You’ll be able to hear the song of Ortolan Buntings everywhere around you. Red-rumped Swallows, Eastern Bonelli’s Warblers, Olivaceous Warblers, Sombre Tits and Black-headed Buntings are common there too.

On our way to the Black Sea coast, we’ll make a stop at the mountains of Sakar and Strandzha. Sakar is a low mountain with many open spaces and hills, which are a perfect hunting territory for the Eastern Imperial Eagle. It’s one of its last safe havens in Europe. The Sparrowhawk, Masked Shrike, Woodchat Shrike, Olive-tree Warbler and Eastern Orphean Warbler are also found there.
On the other hand, Strandhza is woody and a paradise for woodpeckers. This mountain has one of the oldest forests in Europe, which hosts a unique combination of endemic plants. We’ll stop for a short walk to see the rare White-backed Woodpecker, Semi-collared Flycatcher and Masked Shrike. 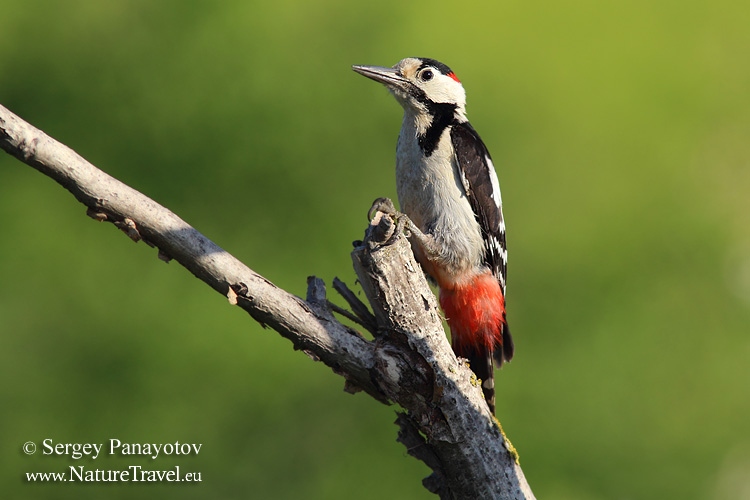 When we reach the sea coast, we’ll go around the lakes near Burgas. They are one of the richest areas in bird varieties in Europe. Also, the Via Pontica migration route passes through there, so you can observe interesting species all year round. In the lagoons and lakes, we’ll see the Black-winged Stilt, Broad-billed Sandpiper, White and Dalmatian Pelicans, Curlew Sandpipers, Temminck’s Stint, Marsh Sandpiper, Kentish Plover, Slender-billed Gull, Little Gull, Mediterranean Gull, Gull-billed Tern, Sandwich Tern and Little Tern.

We’ll continue to the northern coast, where we’ll visit the unique steppes near the cape of Kaliakra, one of the last grasslands of its kind remaning in Europe. At the unique combination of steppe landscapes and incredible cliffed coasts, we’ll see the Pied Wheatear and larks like the Calandra Lark, Greater Short-toed Lark, Skylark and Crested Lark. The Stone Curlew, Lesser Grey Shrike, Tawny Pipit and Isabelline Wheatear are also found near the steppe and the coastal cliffs.

Continuing northwards, we’ll reach the range formed by the lakes of Shabla and Durankulak. Those two lakes are the only place in Europe where you can see the Paddyfield Warbler, a typical Asian species. More than 80 species nest in the area of the lakes. The most interesting ones are the Western Marsh Harrier, Ferruginous Duck, Lesser Grey Shrike, Savi’s Warbler, Marsh Warbler, Cetti’s Warbler, Bearded Reedling, Reed Bunting, etc. We’ll see all European species of heron, as well as Pygmy Cormorants, waders, gulls and terns. 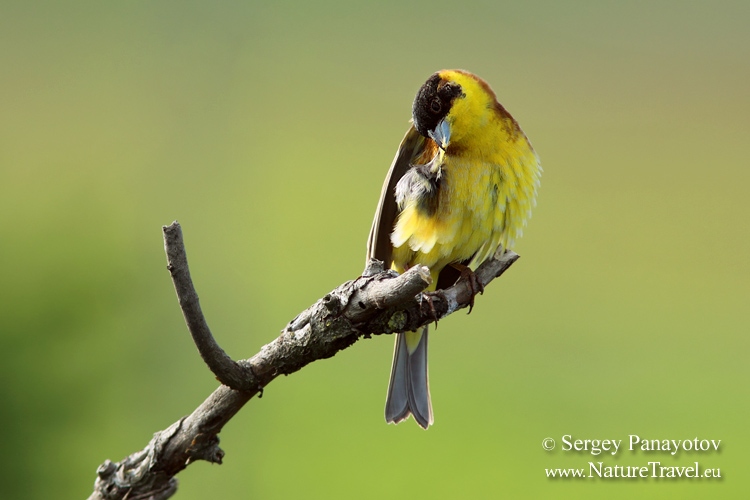 The next part of our birding tour is the Central Balkan National Park. This unique protected area has conserved the biggest old oak forest in Europe. Various rare bird species have found one of their last safe havens there. Most woodpeckers common to Bulgaria, including the White-backed Woodpecker, Black Woodpecker and Red-breasted Flycatcher, can be seen there.

During the trip we will see a lot of colourful Golden Orioles, European Rollers, European Bee-Eaters, Hoopoes, Syrian Woodpeckers, Black-Headed and Ortolan Buntings, Black-Headed subspecies of the Yellow Wagtail, Red-Backed Shrike, etc. They are present almost everywhere in the lowlands. 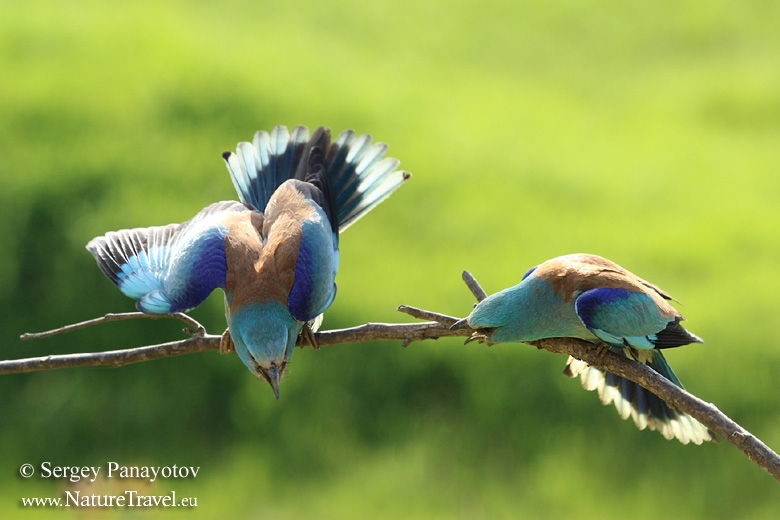 Day 2
Trigrad Gorge and drive to the Eastern Rhodopes 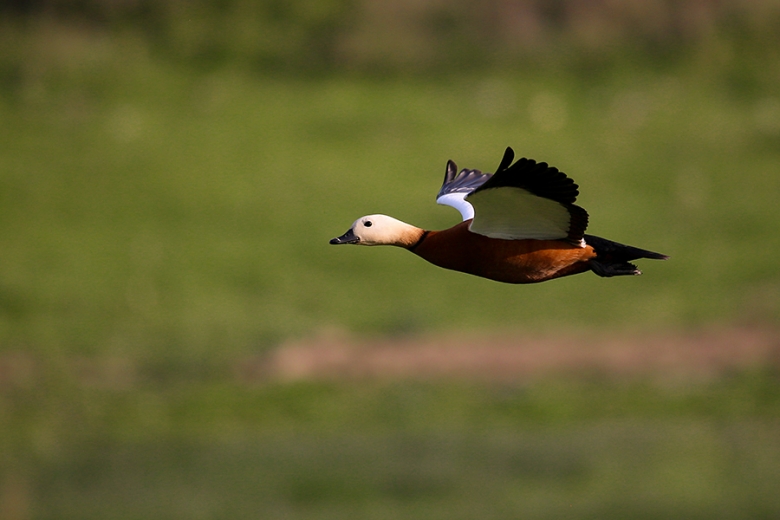